Cloudy with a chance of Meatballs 2

Hey guys and gals, Sony released their creative juices in Cloudy with a chance of Meatballs 2. Its fascinating hearing the thoughts behind how each foodimal had its own type of movement.


I also stumbled across this video showing Jason Martinsen's wip of Sam and Berry. I liked how Berry was referenced by the use of a replica toy, helpful given the independent movement of the happy little guy. Inspirational!

Posted by steven hawthorne at 05:18

The festive season is coming, with Christmas advertisements arriving on our screens. Enjoy!

Posted by steven hawthorne at 04:56

Due to personal circumstances with work, I took a leave of absence from interviewing our winning contestants. After nearly a year out of action, I jumped at the opportunity to interview the animation community's very own super hero. Hope you all enjoy!

Link to entry: Interview with the surfers

Tell me about your career so far in the animation industry.
I began my career in the video game industry. I taught myself 3d software, and though I did not specialize right away. I found my first job in a small company, where the artists made characters from design on paper to animations, including modeling and mapping. So I had the chance to test every aspect of graphic design in the video game. Then I went to a new company, and I had to choose a specialty. I felt that the animation was the area in which I can really develop myself. So I have worked during several years on action moves, and run-cycles.

When I needed some change, I worked on personal short movies on my free time (for example "Playtime with a vengeance" was realized at that time). It was great, but one day I have really felt the call of "acting", especially when I discovered the 11 second club! So when a friend ask me to work on an animated feature film, "Approved for adoption", I left my routine in video games without hesitation. Since, I'm trying to make my way in this environment. I had the opportunity to work on a second feature film "Minuscule, The valley of the lost ants", which will be released soon to the cinema, and on some animated Television shows.

In your animation reel, we are introduced to Florent Leibovici, saviour of the universe. If you were to feature in your own game, please talk a little bit more about his world? Do you fight crime? Do you have a nemesis?
Indeed, I hope my demo-reel sells my animation skills AND my zombie-hunter abilities! I think it's important to have one of this in any company. You may have that one person who can make an excellent coffee, but you also need somebody who knows what to do in case of zombie invasion.


The game shot comes from a 2d animation test I made, inspired by the work from the excellent Paul Robertson. I put it in my demo only to present my contact info, but it became one of people's favorite parts the reel :)

Looking at your July 2012 entry, I imagine Florent could also defeat menacing squirrels by throwing hotdogs and sandwiches. The cartoon-y violence of the shot reminds me of Looney Toons. Please talk about your inspiration for this entry.

I wanted to animate a more cartoon-y character, with some exaggerated posing and snappy movements. The audio was perfect for this kind of animation. I wanted to show this man who has a nervous breakdown and fights against those smaller than him. I'm obviously inspired from my memories of the Looney Toons (especially by Wile E. Coyote, who I really like), and also the imagery of "Asterix le gaulois".

In Wreck It Ralph, Disney bring to life many of our favorite gaming characters. If you could animate any character from the gaming world, who would it be and why?
That's a hard question. Many of the characters from the most interesting video games are now motion captured, so I don't really want to animate them. The less realistic games where key-framing is used like Mario, Sonic or the Raving rabbids, are very codified and controlled; you can't do what you want and have to respect the graphic bible set by the original creator. I feel the creativity would be minimal on such characters.

However, I would certainly be happy to animate characters from "Monkey island", or "Day of the tentacle"! They are irresistibly funny and the animation has a great importance in those games. I would also like to animate some charismatic fighters from games like "Street Fighter" or "King of Fighter", especially if it's a 2d game (If you are like me a pixels brawler's fan, I recommend fightersgeneration.com, where you can find many awesome animated gifs)

Tell us about your animation process?
I start by listening to the audio and drawing the main poses inspire to me. I try to draw expressive poses with some nice lines of action, but those drawings are very very simple. I am probably the only one who can read them! Once I have gathered my ideas, I start the blocking pass on the 3d software.

The first problems appears usually at this point: for example, my character can not stand in a pose because the head is too big on my rig, or because his arms are too long (I now scale down Malcolm's arms every time I use it).

I am quite quick to switch to the splining pass, but I try to keep my keys on the same frame as long as possible, in order to edit my timings easily. I add breakdowns and anticipations on the body and start working on the trajectory. It is from this point that I introduced my friends in the process. Having an objective opinion on his work is priceless (I thank Jean Duval and Matthieu Angelini who helped me on my winning animation). I start the polishing pass and the facial animation only when I'm satisfied with the overall animation of the body.

For my next animations, I want to try to make some video reference. Until then, I have never used it: I always thought that poor performance in front of the camera could lead to bad animations (I have already seen animators make very strange movements in front of a mirror, and animate their characters like that...). Maybe I'll have to take some acting lessons, as it seems that video references are an indispensable tool to progress.

You are 11 Second Club's first winner to use the Bonnie rig. Please talk about your experience using the rig.
Bonnie is an excellent rig, the only real limitation comes from the lack of IK>FK>IK snapping. You have to do it manually to have nice transitions. However, she has great appeal and is also very friendly to use. This is an opportunity to thank Josh Sobel for sharing his creations with the community.

In your ecritique, Raymond Ross (senior animator at Blue Sky) compliments your performance before discussing in-depth upon the mechanics of your shot. What was your response to Raymond's advice?
When I work several hours a day on it., it is always important to me to have an outside look on my animation. Constructive comments are very useful to progress, especially when they come from great animators such as Raymond Ross. He has a very high sense of detail and each of his tips will be very useful to improve my shot. I am very happy and proud that he liked the relationship between my characters and the evolution of bonnie.

In both July and August 2013 entries, you've animated both male and female characters. Please talk a little about this challenge.
When you have two characters on stage, it is often interesting to have a strong contrast between them: one large and one small, one big and one thin, one young and one old, etc... It's interesting to have a man and a woman because you have the first contrast between the characters, they can be opposed by their posings more manly or more girly. It's a good start, but you have to add something if you want to avoid the cliché.

For example, my male character from "interview with the surfers" is not very manly. It is rather an intellectual, and he's quite mannered. So first, the contrast with Bonnie is based on their self-confidence: He's cold and analytic, while she's nervous. At the end, the contrast is based on their state of mind: She's dreamy when Malcolm stays pragmatic.

In each of your entries, you have done a beautiful job rendering your animations. For July, I admire your interesting choice for the interview to take place upon a stack of surf board, while for August we are treated to a bit of Film Noir. What value do you place on creating your environments?
The environment is often the last thing that I create in my animation. I like it when it is a little icing on the cake: adding a clear context like the surfboards in July 2013, or adding funny teams names like the Ragin'Rodents and the Prodigious Primates in July 2012.

The choice of black and white in Do you really want me ? (my August entry) come from a time constraint: for the first time I decided to add cuts to my animation. I had three different viewpoints. Feeling that I would have to model a full street, I thought to save time on the textures by opting for black & white. In fact, I ended up abandoning the idea to model a street, and I choose to use some photos in the background. But, the idea of film noir remained. I see I'm also not the only one who had this idea this month :)

What advice would you give to fellow entrants?
My first advice would be to keep it simple. Avoid having staging too complicated, that need to add 10 seconds of introduction to the animation. Having a unique story is good, but we need to focus primarily on the quality of the animation. Then, it must be methodical at all stages of animation. Resist the urge to put too many details too early, it must first be a solid foundation before polishing. Finally, you should not be afraid to remove whole pieces of animation if it makes the best work in its entirety. Do not be afraid to change your mind, try something else.

Well, that concludes the interview. Thank you Florent for your time and good luck with your zombie fighting!
Posted by steven hawthorne at 09:58

Andreas Deja's blog is a captivating resource, each post filled with inspiration. One that has inspired me greatly is the recent post 'words of wisdom from the masters', particularly Frank Thomas's words on squash and stretch. 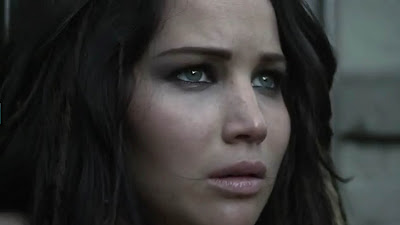 A 2012 series by the New York Times. Its not animation, but hopefully these performances will help inspire :)
Posted by steven hawthorne at 05:24

Ever wondered how to use Motion Builder. Animator Erik Svensson is building a collection of videos to show you how.
Posted by steven hawthorne at 13:20

The Making Of How To Train Your Dragon 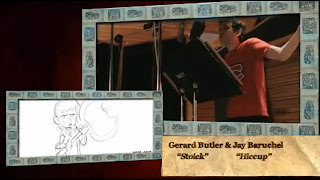 An insightful documentary that pays tribute to the combining areas that built the story for Dreamwork's feature film. Thanks to the Time Sheet for the link.

Enjoy!
Posted by steven hawthorne at 02:45