"You have to learn the rules before you know how to break them."

I used to hear that line all the time from instructors and co-workers. I never really understood what they meant. Rules are rules and they're there to keep us in line and make our animation look fantastic, right? Right. Mostly. It turns out that there are times when it's okay break the rules; but even then, there are guidelines to help our animation looking sharp.

As animators, we pay a lot of attention to the silhouette of our poses. We want our poses to read clearly, even if the entire character were shaded in with solid black. The character's attitude should still be easy to read from the angle of their head to the individual joints on each of their fingers.

And sure, having a great silhouette is something we should all strive for. But sometimes it's just not practical to have the arms and hands clearly extended from the body. Sometimes the head needs to be tilted down so far that you can’t tell its position in relation to the neck and the rest of the torso, or the hands are placed in front of the body making the silhouette of the fingers disappear. What do you do in these situations?

Why, you rely on the internal silhouette.

Have a look at this pose of Sylvester the Cat. 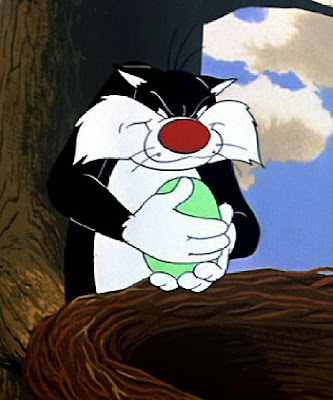 It’s pretty clear to us that he’s being all sneaky, sly, and mischievous. He probably has evil intentions for that egg he’s cradling away from its nest so gingerly.

But Sylvester’s silhouette is really muddled together. Check out what happens if we apply the old fill-in-the-silhouette-with-black test: 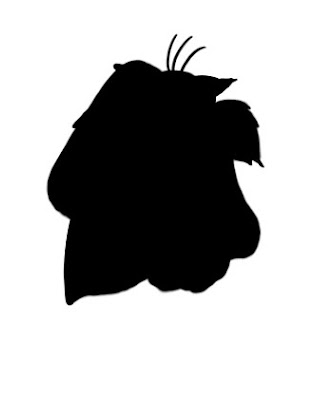 We can’t even tell which direction he’s facing, let alone what his pose is meant to communicate! Still, this pose reads clearly, and here’s why: The internal silhouette is clear.

See, the idea of a silhouette is really about contrasting colors. When we shade a character in with black, we're merely contrasting the character’s shape with the background. Black on white, see?

But if the character design itself uses contrasting colors (Sylvester is a black cat, but his body is white, his cheeks are white, and his hands are white) we can take advantage of that design and get a second level of contrast.

Don’t believe me? Check it out. Here’s that same silhouette, but this time we’ve shaded in all of Sylvester’s white parts to see their shape as well. 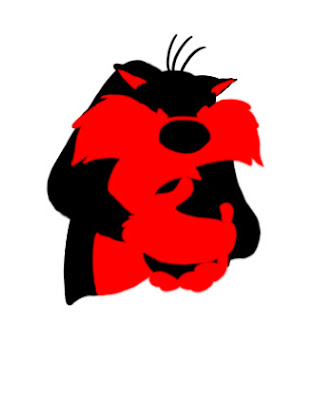 That’s one of the reasons the character is designed the way it is. As someone once explained to me: “Why do you think all of those 1920’s and 1930’s cartoon characters wore white gloves?? It was so you could see their hands when they brought them in front of their black bodies!!”

It’s absolutely true. You can even see it in live action. Here’s a shot from American Psycho: 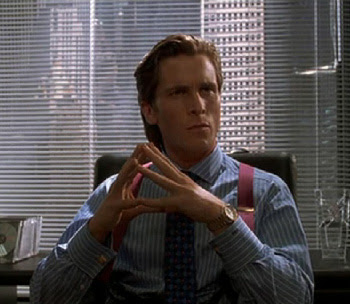 This character’s attitude seems very clear to me. In control, and maybe a bit pompous about it. But here’s the blob of a silhouette we get when we shade him in: 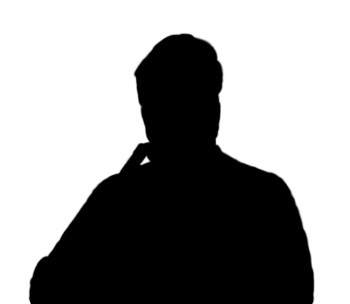 How do we figure out what to make of this big black nothing? Have a look at how the skin tones contrast against everything else: 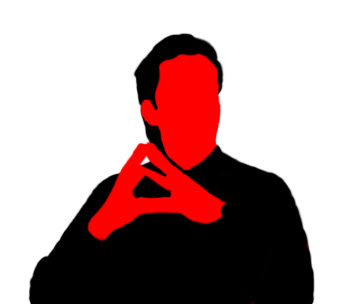 Now it’s as clear as day!


An even better example can be seen here, in this shot of Jack Lemmon in The Apartment: 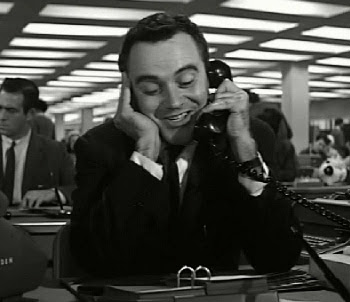 Look at how constricted and balled up he is! Is there any way that we could tell what he’s doing just from his basic shape? Nope! 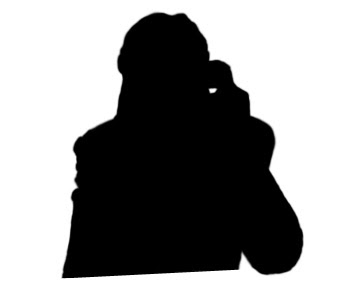 So how do we figure out what’s going on here? Internal Silhouette to the rescue! 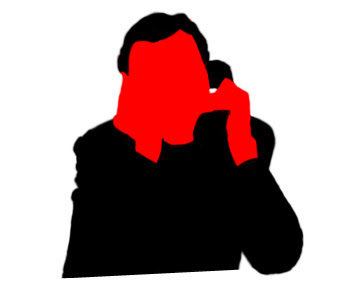 Incidentally, if you think that there aren't conscious choices on the part of a director, cinematographer, costume designer, make-up artist, etc. that enhance all of these elements, think again. In a well-crafted film every crew member is paying attention to all of these details to create a frame of film that tells the story in the clearest way possible. Have a look at some of your favorite films and dissect what makes each scene come to life, and then consider all of the people involved in creating that scene. It's a pretty spectacular thing.

Let’s get back to animation.

When we talk about Silhouette, we are mostly talking about a character’s main body pose. We're looking at the spine (the line of action), the head, the legs and feet.

Internal silhouette, it seems to me, often has a lot more to do with hands and smaller gestures.

Check out this pose from the classic “One Froggy Evening”: 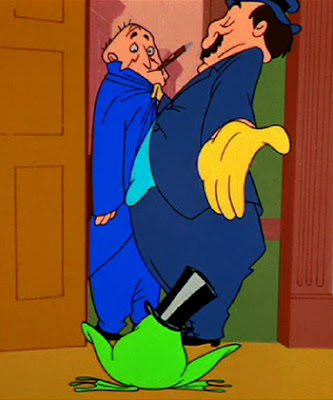 The hand is so important to the composition of that shot, it’s not only huge, but it’s bright yellow! You don’t even see anything else close to yellow in that shot. Talk about contrast! The hand practically has its own silhouette apart from the rest of the man’s body.


Here’s one of Porky Pig demonstrating that white glove thing: 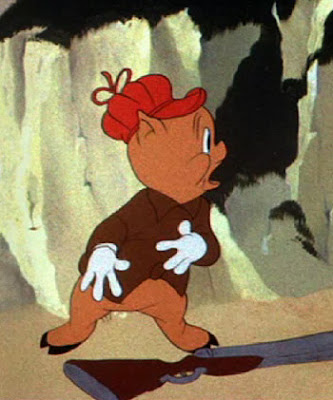 Here, Dean opens the door for Hogarth in The Iron Giant: 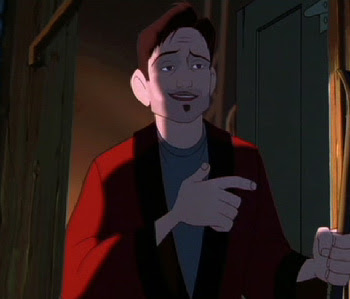 Even when cast in shadow, that hand shows up really nicely in contrast to his dark burgundy robe.

Speaking of Hogarth, here he is hanging out in Downtown Coolsville: 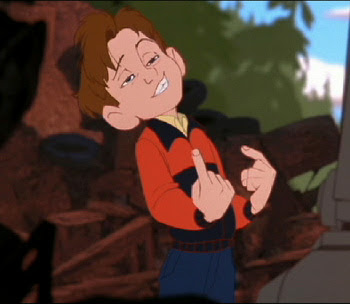 One hand is in clearly silhouetted by the dark background, and the other shows clearly in contrast with Hogarth’s dark shirt. Note how the two hands, each silhouetted in their own way, work together to read as a single pose.


In the uber-classic “What’s Opera, Doc?” we see Elmer Fudd, whose cuirass almost disappears into the background, but his hands are nice and readable as he plots to get dat wabbit: 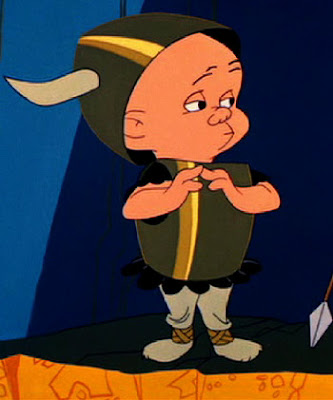 The lesson here is that although you should always strive to craft your poses into a clear silhouette, be aware that sometimes "silhouette" can be a more complicated idea. Our eyes don’t see shapes, they see contrasts. Contrasts are what make the shapes.